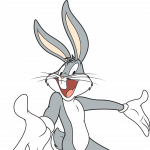 I am Luigi Latorre. I am a worker of both Heroes Wiki and Villains Wiki. My username was Porfirio 739 from 2011 to 2018. Now, I can continue the dream of becoming the King of Heroes. God can find a better love one, who will be a good Christian wife to me and a mother to my future children.

Retrieved from "https://shinkalion.fandom.com/wiki/User:Luigi777?oldid=4026"
Community content is available under CC-BY-SA unless otherwise noted.